Shabbos Project CLE: What We’ve Been Up To

Like so many others, I watched the Shabbos Project 2014 Youtube video with tears in my eyes and chills up my spine. It documented the story of the first Shabbos Project in South Africa in 2013. I was awed at Chief Rabbi Warren Goldstein’s vision, amazed at the power of social media and the numbers of people who kept Shabbat that weekend, wowed by the turnout at the Challah Bake and Havdallah Concert, and inspired by the joy, unity, and sincerity of South African Jewry. Little did I know then that I would be chairing the Shabbos Project Cleveland in 2015.

There was something cosmic about it. My mother is South African and while being raised completely secular, so much so that she attended a convent for her schooling, she still lit Friday night candles each Shabbos during her childhood. Her mother, nevertheless, moved towards Scientology, until one day in her 80s, after her daily swim in the pool, committed to keep the following Shabbos. She proudly kept that Shabbos, telling all her neighbors about it. My grandmother died peacefully the following Tuesday.

For me, chairing the Shabbos Project Cleveland is an opportunity to help bring the international vision of Rabbi Goldstein – for Jews all around the world to unite through celebrating the Shabbos of October 23rd – 24th, 2015 – to fruition in Cleveland, building on the strengths of our first Shabbos Project last year and committing to reaching even more Jewish Clevelanders. But it is also an opportunity to link myself to my roots in South Africa, an attempt to somehow follow through on the commitment that my grandmother was only able to keep once before she passed away.

It’s been busy behind the scenes here in Cleveland. We have a board of dedicated community leaders – many of which are South African! – which meets bimonthly to brainstorm, strategize and discuss all the various aspects of pulling off a successful Shabbos Project. We look at how the project has been planned and executed in other cities, such as Toronto and Miami, to learn from and model their achievements. In order to ensure we have the leadership and manpower needed to achieve our goals, we have various committees who are already hard at work: Finance and Fundraising, Marketing, Shabbos, Synagogues, Schools, Challah Bake, and Havdallah Concert, among others.

Most exciting is that we’ve hired a full-service agency, Twist Creative, Inc., to do all our social media, public relations, and advertising. Mike Ozan, the president of the company, and Josh Altman, the managing director, are not only members of the Cleveland Jewish community, but also share our vision and are equally passionate about it. We can’t wait to bring the Shabbos Project Cleveland to a new level!

We’ve secured the Thursday night Challah Bake at the Grand Ballroom at Landerhaven and the Saturday night Havdallah Concert at the Cleveland Marriott East. Our event chairs are already deeply involved organizing all the logistics to pull off these two fabulous events in October. And we’ll need plenty of volunteers, so feel free to reach out.

Start thinking now of how you plan to celebrate Shabbos of October 23rd and 24th – where you’ll want to be, who you’ll want to be with, and what you’ll need to do. We will provide you with all the details and how-to’s to make sure this Shabbos is one you will never forget.

Looking forward to sharing more updates and exciting news from the Shabbos Project Cleveland in the weeks to come! 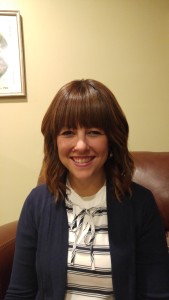 Alex Fleksher is the chair of The Shabbos Project Cleveland, as well a free-lance writer and high school English teacher. She and her husband and four children live in University Heights.