Confessions of a Table Captain at the Great Challah Bake

My first attempts at baking Challah almost twenty years ago when I was a newlywed were abysmal. Now, I wasn’t clueless, it wasn’t until way into my first year of marriage that I decided to try my hand at the difficult culinary art of bread making. I would have never taken that on the in the first 6 months, but after that halfway point that I guess I was feeling a bit more confident in the kitchen. Hadn’t I just stopped gagging when cleaning chickens for Shabbat?

I do remember that this feeling overcame me without warning because I did not do much research. I was looking through Noreen Gilletz’s Food Processor Cookbook (a gift) and something clicked. Up until then I was a bit scared of my new food processor-for many reasons.

1. I never saw my mother or grandmother use one. I know we had one growing up, but it was way in the back of one the kitchens in our cabinets. It was too much of a pain to take out

2. My grandmother stayed with us for long periods of time and did a lot of the cooking and she was suspicious of “newfangled” appliances, i.e. food processor. This attitude of distrust was somehow passed down to my mother and then me. I still cannot use my food processor without feeling guilty.

3. All those different types of sharp blades! They looked quite dangerous. I did not want to chop off my fingers (At that time I was of course especially particular about this, since as a newly married, I had 2 new beautiful rings that needed places to be.)

But look, in my brand new cookbook, there was a recipe for Challah and you can use your food processor to knead the dough. The blade that you used was a plastic one, the one non-dangerous looking one. It was 1994, I was a modern bride, it was time to be brave and throw off the shackles and fears (of small appliances). I would start fresh and anew.

And I tried. I followed the recipe and put all the ingredients in a bowl, mixed it a bit and then poured it into the food processor for the kneading. Well, I did not know that you had to lock the food processor bowl in place. A goopy mess of liquid/gooey challah dough slipped out of the cracks and came pouring down the sides, onto the counter and down to the floor; an absolute disaster.

It was then that my knight in shining armour, my husband, walked in. He saw my face, saw the mess and shooed me out of the kitchen, promising me that he would clean it up in a jiffy. (This would not be the last time that he cleaned up my messes, and not only the kitchen kind). I was not going to be idle, I ran to the corner bakery to buy challahs.

I put my challah adventures on the back burner, so to speak. But I always had visions of being a challah baker of connecting with my matriachs and fulfilling the mitzvah of hafrashat challah, separating the challah To me it was the ultimate mitzvah of the Jewish woman right up there with Candlelighting and Taharat Hamishpacha, the laws of family purity.

Then the perfect opportunity came up. A challah workshop came to town.

I went, learned how to bake challah. I got a beautiful hafrashat challah prayer card and chart. I watched the instructor as she put each ingredient into the bowl and said, Lkavod Shabbos Kodesh, for the honor of the holy Shabbos. I learnt the significance of each ingredient. When adding yeast we were to have in mind that we are the ones who can elevate our families to great spiritual heights. Water is likened to Torah, flour signifies Avodas Hashem, service of G-d. Eggs are like the Jewish people, the more you cook them the harder they get. The more trials and tribulations the Jewish people endure the stronger we become. Sugar symbolizes the innate warmth and sweetness of the home. Oil was to be poured over our fingers as we whisper the names of each of our family members to anoint them like in days of old. As we knead, we were encouraged to pray for faith, repentance and recite the names of the sick and women that we knew were struggling with infertility.

My challah career was launched. It was a bit rocky at the beginning, yeast not rising, dough too dry, dough too wet, dough too sticky, under baking, over baking, burning etc., but I persevered. I wisely left my food processor for potato kugel (see I did get over my fear of small appliances). I mixed my challah ingredients in a large bowl- bought just for the Challah baking experience. I don’t love to cook but I am not averse to baking: I loved baking Challah.

I was able to even kick it up a notch when a Rebbetzin (the sister of my neighbor) noted for her challah baking stayed at my house and insisted that we bake Challah on Friday morning together. It was then that I was introduced to the art of the 6 braided challah. Now my challah was pretty, another trick of the trade.

Then last year I read reports about the Shabbos Project in South Africa where Rabbi Warren Goldstein urged the Jewish community to remove themselves from the distractions and pressures of daily life and to keep one Shabbos according to Jewish law, to embrace their heritage with a traditional Shabbos observance. Wow! What an incredible idea. When I saw a video highlighting the largest Challah baking party, set up in the streets of Johannesburg, 3,000, Jewish women strong, I was hooked. I knew somehow I had to take part in this movement.

Soon after, I was excited to hear that Rabbi Goldstien, emboldened by the success and excitement generated by the South African Shabbos Project, decided to expand it to global proportions. The Shabbos Project was coming to the US.

There was nothing more gratifying to me then being asked to be a Table Captain for the Great Challah Bake in Cleveland, my city. I felt that I had reached the pinnacle of the Jewish women’s experience. 500 women baking Challah together and I was going to lead one group, one table of these Jewish women. Really, what could be better? Just think, 20 years ago, I (okay my husband) was mopping up the messes from my first attempt, and look where I am now! I have arrived.

That night, I daintily set a paper chef’s hat over my sheitel (wig). This indicated to all my high status of the Table Captain. I led 8 teenage girls as we proofed the yeast, mixed the flour, sugar, salt, eggs and oil. We kneaded and added water to the dry dough and flour to the sticky ones. (I did have to break up a small little flour fight and did so easily, the authority of my hat I think spoke volumes.)We listened to inspirational words about the beauty of Shabbos and the essence of Challah baking to the Jewish woman. And then my girls and I took a piece of dough from our challah and 500 voices strong recited the blessing in unison.

I can’t wait for this year… 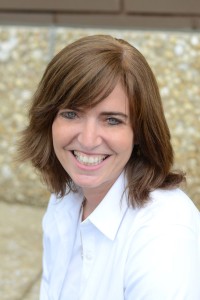 Adina Soclof works as a Parent Educator facilitating “How to Talk so Kids will Listen and Listen so Kids will Talk” workshops as well as workshops based on “Siblings Without Rivalry.” Adina also runs ParentingSimply.com and is available for speaking engagements. You can reach her and check out her website at www.parentingsimply.com